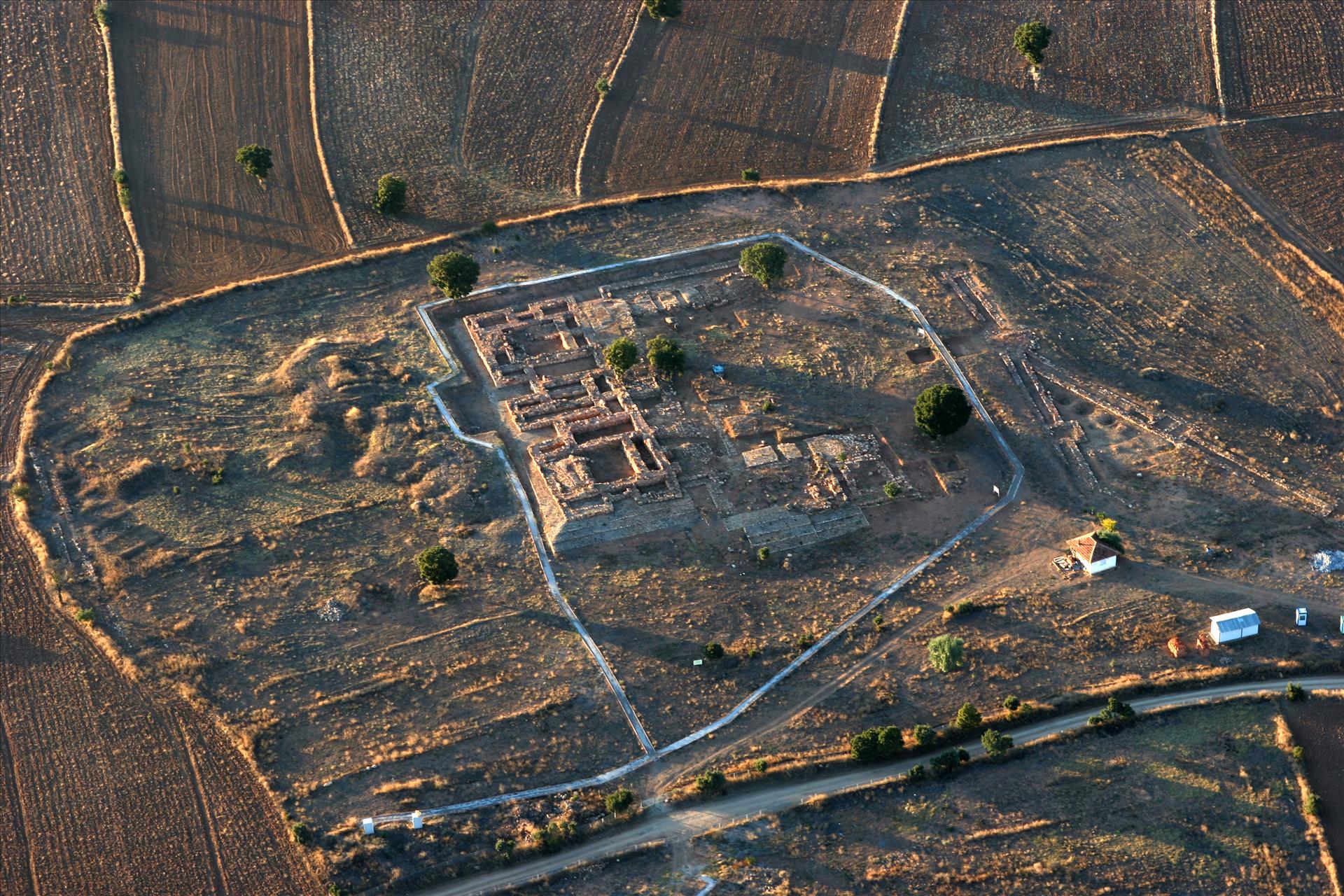 This city is another capital of the Hittite State. The second largest cuneiform archives of the Hittite era of Anatolia, discovered after Boğazköy, are Ortaköy Archives. Over four thousand tablets and tablets were written in various languages ​​such as Hittite, Hurrian, Hattiian and Akkadica. Tablets containing various subjects such as administrative, religious and fortune belong to a royal archive.

BC 14. century, the reign of the Great King II. Tuthaliya and Queen Taduhepa is a pair. The City of Şapinuva BC 13. century, the Great King II. It is also known from the documents used by Murshili. This shows that the Hittite city, which spread over a wide geography with the cities in its administrative region, has been inhabited not only in the Middle Hittite period, but also in a long time.

Ortaköy Hittite City is located on a plateau that extends from northwest to southeast. When the Hittites came to this region, they did not settle in the existing villages, they built this big city by terracing and correcting the land. It is observed that there are mostly administrative structures in the above terraces. The city is based on the hills in the direction of the west. On these hills, there are widespread architectural traces that are likely to belong to religious and military structures.

The east-west trade route along the Kelkit-Yeşilırmak valley passes in front of this city and reaches Central Anatolia. Hittite city Şapinuva, which is at a very important point on this road which has a traffic that will enrich the economy, has thus gained a very important commercial feature.

Şapinuva is an important religious center where purification rituals, which are very special for the Hittite world, are written. This issue has given an important and indispensable religious city identity to Şapinuva.

Many buildings with administrative, commercial and religious features were discovered and introduced to the scientific world in Ortaköy. The monumental structures unearthed are protected. In this big city, Geophysical studies are carried out which will show the spread of the city.

To date, excavations have been conducted in two separate regions.

Large blocks of limestone and sandstone were used in the foundations of the ’A‘ building located at the most dominant point of the city in the Tepelerarası area. One of the richest tablet archives of the Hittite era was discovered in this structure (around 3500). The ın A yeri building has now been excavated for 5,000 acres. In the north and south of the building, the walls have been identified. New excavations show that the sahip A bir building has a large complex. With the ongoing excavations, other structures and roads associated with this building are unearthed. The walls of 110 cm wide mudbrick walls rise above the foundation walls of the cm B duvar structure located in an area of ​​1200 m2 and 3-4 cm thick plaster is found on these mudbrick walls. There are also a large number of large cubes used for food and drink. C and D structures are important religious structures. Excavations continue in E, F and G areas. A 75 m section of the fortification walls, which translate the region where these structures are located, was exposed.

The Ağılönü region is an area designed for ritual purposes in the city of Şapinuva. This is a dominant point of the city. It is the same height as the Tepesarası Region, which we can call the acropolis of the city, and there is a dry river bed in between. This fact suggests that the tradition of placing places of worship, cemeteries and cities in the dominant places in Anatolia was present at that time. It should also be noted that this area is a peninsula, surrounded by deep floods on three sides, which has also been paid attention to the lack of a sacred area.

In Şapinuva-Ağılönü area, a stone floor of over 2 thousand m2 was unearthed. On the northern border of this stone pavement, there is a rubble-filled channel, while in the other three directions a strong stone structure is used. It is a stone paved area on a monumental scale. In this area with a size of 100 x 20 m, specially prepared crushed stone material is laid in layers and placed between them with a special clay mortar of 10-15 cm thickness. This structure has survived to 12 days in spite of thousands of years of destruction. This work is one of the most important and monumental works made in Anatolia in the early ages. One of the biggest monuments of Anatolia, this pavement is one of the most important archaeological discoveries.

From the stone pavement, we see that the whole area to the south, where the Strait of Ağılönü ends, is used in sacrifice ceremonies. In the excavations carried out in the region, sacrificial pits were discovered throughout the whole area.

In Hittite cuneiform texts, in some ceremonies pits, which are generally considered to be a door towards the underground, are opened and birds, sheep, lambs, pigs etc. Animals are sacrificed. In the world of hittitology, it is thought that the archaeological evidence of these pits is very difficult to find, but these sacrificial pits and bird sacrifices and nail beak and bone remains of these burnt birds are archaeological evidence of these ritual texts.

Although the scientists believe that the archeological evidence of the ceremonies mentioned in these texts cannot be found, the interpretation of the sacred pits found in the archaological excavations in Şapinuva, which contains a large amount of burned bird bones, has been provided by Hurrice tablets in the Ortaköy archives. In some ceremonies, pits, which are generally regarded as a door towards the underground, are opened and birds, sheep, lambs, pigs etc. Animals are sacrificed. The sacred pits uncovered in the Ortaköy excavations are archaeological evidence of these texts.

Excavations in Middle Trenchs in Ağılönü revealed the end points of sacrificial pits in Ağılönü sacred area to the south. In addition, it is seen that these structures were rebuilt immediately after the erosion of these structures due to various reasons where the building area was intense and the construction continued for a long time.

The most important feature of the city is that Şapinuva is a capital city, in other words, a city where the great king is resident and the state is ruled from here. In addition to having a permanent military power, the most important feature is that it is a religious center where purification is provided to get rid of peoples sins. This feature makes Şapinuva an indispensable city. This city should also be very important for the Hurri, Luwian and other peoples living with the Hittite people in Anatolia. Because the city of Şapinuva, the indispensable material of the prayers and ceremonies delivered here and throughout the country has a very important place in the ritual world with its holy waters. Şapinuva is not only a capital of the Hittite state, but also a very important religious center of the Hittite world. The Mecca of our time, like Jerusalem.

II.Tuthaliya-Taduhepa couple chose to live here, they ruled the state from here. The most important factor in the settlement of this king is the fulfillment of their religious mission. The most appropriate recipe for the day is the fact that the Ağılönü region is one of the most important sacred areas of the ancient world, and it will provide a very powerful clue to our understanding of the Hurri / Hittite world with its very important information and its ability to solve its unknowns.

It was the most important task for the Hittite people to avoid depriving the gods and to be punished by pleasing them. In order to achieve this, it is believed that some rituals should be fulfilled. The prayers to be read in these rituals and the materials to be used were only available from Şapinuva. Probably, these ceremonies should be done in Şapinuva. This is where the ceremonies were carried out in Ağılönü. Where the area of ​​the victim spread to 15 thousand m2 is proof of this. Although the sacrifice pits were opened, covered, arranged, and sacrificial gifts were told in the cuneiform sources, the visual proof was the excavations. Another important consequence of this is to see the considerations taken into consideration in the organization of the Hittite ritual space.

In addition to the architectural remains of the Ortaköy-Şapinuva excavations, metal, ceramic, stone and so on. important and many rare small finds were found. 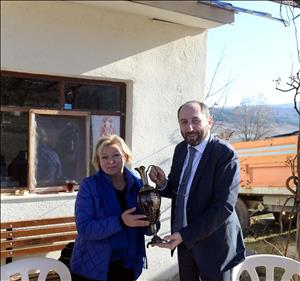 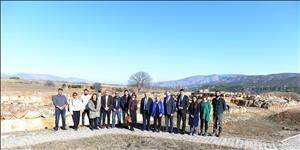 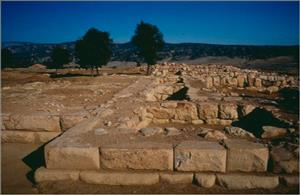 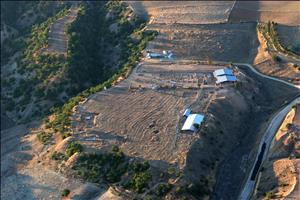 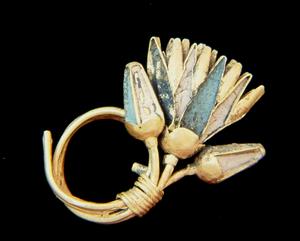 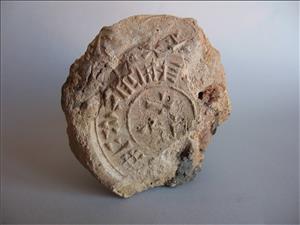 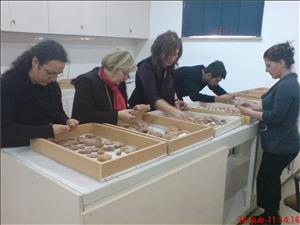 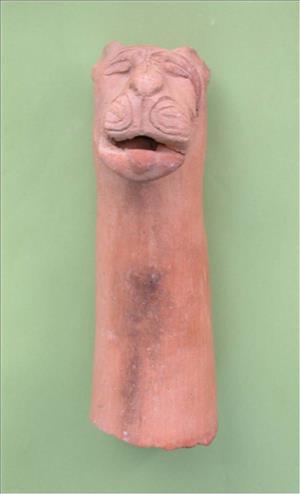 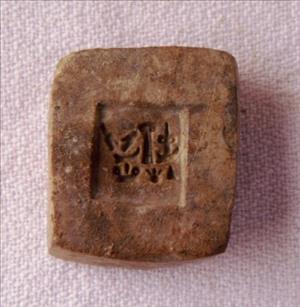 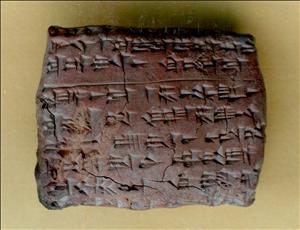 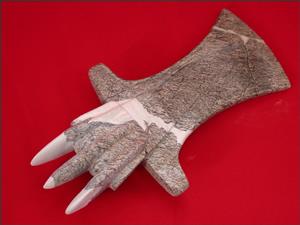 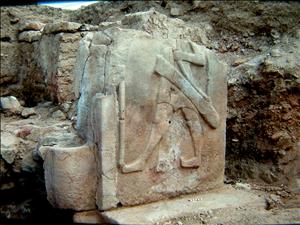 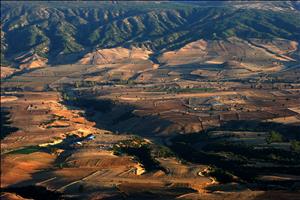 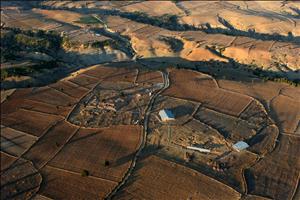